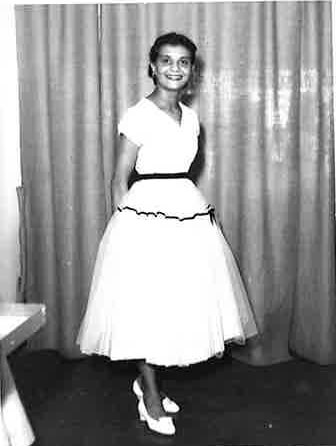 After being diagnosed with rheumatic heart disease at ten, Elizabeth had to leave country and her family for a large chunk of her childhood so she could be treated in Adelaide.

Today, the drive from Alice Springs to Adelaide takes around 16 hours thanks to modern roads and cars, but when Elizabeth was a child it took a lot longer. The long distance meant it was hard for Elizabeth to return home between hospital stays.

Even when she was not an in-patient at the hospital, Elizabeth was a resident patient at a nearby boarding house. It was only when she was 16 that she was able to finally make the long-awaited trip back home.

Despite her serious illness, Elizabeth had her first baby at 19. But having rheumatic heart disease meant the pregnancy was high-risk, and she was very unwell throughout.

Carol was Elizabeth’s third baby, and instead of being born on East Arrernte land, the severity of her mum’s condition meant she had to be born in Adelaide Hospital. The long recovery time meant Carol’s dad was not able to meet her until she returned home – six weeks later.

In 1970, Carol’s mum had her fourth child. But the pressure of the pregnancy on her heart was all too much and as soon as her baby was born – another daughter – she was whisked away for open heart surgery. Carol thinks she was one of the first Aboriginal women to have a plastic valve fitted.

Even after the operation, Elizabeth required ongoing medical attention.

“A lady would come and give her injections. Sometimes, when Dad wasn’t there, it was my role to get on my bike and ride to get help for Mum if she needed it,” Carol says.

Unfortunately, six years after her open-heart surgery, rheumatic heart disease claimed Elizabeth’s life. Carol was just ten, but she says it is a day she can recall vividly.

“I remember the day when she passed away. I sensed it. I was at school, and I looked up to the door and saw my dad standing there, with tears falling down his face. We raced down to the hospital and she was still alive, but not for much longer.”

“One of the biggest implications of her disease was that we were taken off country.

“Because of her condition, we lived all over Australia at different missions and communities and, sadly, my mum is buried off country.”

“We need to continue to work together – researchers, communities and families – to change the story of RHD in the lives of our children, families and communities that are still affected and living with the impact of RHD on a daily basis.”

This story originally appeared in 'The cost of inaction on rheumatic heart disease in Australia,' published by the END RHD CRE in December 2018. Read the report in full here.

View all news articles
GET INVOLVED

We invite partners, collaborators, and institutions to join us as researchers, advocates, and colleagues in this work.

We’d love to hear suggestions of what you’d like to see prioritised in efforts to address RHD, or to provide feedback on any of our research projects.